Notice: This website uses javascript. If you are using a script blocking functionality in your browser you will be unable to use many of the tools on this site. Please whitelist lummi-nsn.gov if you wish to avail yourself of the full functionality of this site. For mapping-related functionality, you may also need to whitelist google.com

Salmon is as important to the Lummi people as the air we breathe: it sustains our schelangeng (way of life). Since time immemmorial, our people honored the salmon each year by holding a salmon ceremony to respect the gift that the Salmon Woman provides to us, the sacrifice of her salmon children, and to pass down the tradition of respect taught to us by our elders.

Over recent decades, however, many of our traditional ways had been lost or supplanted by new ideas and attitudes. The bounty of Salmon Woman's gift was taken for granted. And as our stories have warned, the salmon declined.
From: SALMON WOMAN AND HER CHILDREN by Jewell Praying Wolf James
They say that Salmon Woman was hurt by the treatment she and her children were receiving. Some say that Raven was gone when she decided to take her children and leave. She stood by the waters edge and sang a new song. She sang this song and as she did all the Salmon Children came back to life. The dried, the smoked, the boiled, all of it came back and rolled to the water. As each neared the water they turned back into whole salmon and leaped into the water, swimming toward the bay, and waiting for their mother-Salmon Woman.
When she finished her song, and all the children had transformed, then she walked into the water and trans-formed back into a salmon, just like her children. She swam away, singing a song, while all her children followed her. They went in the direction that they originally came with Raven. Soon they were out of sight, gone forever. She vowed to never bring her children to a place that they are not wanted or appreciated. She would not tolerate the disrespect of herself or her children's great sacrifice.

In the 1980's, salmon runs that the Lummi people have always depended on began to fail: the Nooksack River Chinook and the Fraser River Sockeye run. Around this time, Doralee Solomon-Sanchez & Gordon Wilson undertoook a journey to Lake Stuart, the source of the Fraser Sockeye. They were reminded of the story of Salmon Woman and why she left Raven and his people. They remembered that traditionally the people held ceremonies to honor the return of the first salmon children each year, and to show their gratitude.
From BEAR AND THE STEELHEAD by Jewell Praying Wolf James
This was the time that the people began to hold the "First Salmon Ceremony." They knew that Salmon Woman would continue to send her children, year after year. But, to remember the sacrifice and the need to not repeat past mistakes, the people began to hold annual ceremonies to remind the elderly and teach the young children to never forget. Through the use of a traditional, annual, ceremony each generation would be taught. All of the people would participate-the elderly, the young, and the leadership. Now, each year, with the arrival of the First Salmon Children, the people remember that the death of the Salmon Children is a spiritual matter, and if we want them to come back every year then we have to be respectful... they are, after all, spiritual sacrifices for the benefit of the human children.

When they returned to Lummi, Gordon Wilson, Randy Kinley, and the Lummi Fisheries and Natural Resources Commission decided to revive the traditional celebration of the First Salmon to honor the gift of Salmon Woman, the first of these annual ceremonies was held at the Lummi Stommish grounds in the presence of elders, including Vernon Lane and Solly Schultz, to name a few. Over the years since then, the First Salmon Ceremony has been held at the Lummi Stommish grounds, at the Wex'liem Community Center, and now at the Lummi High School. 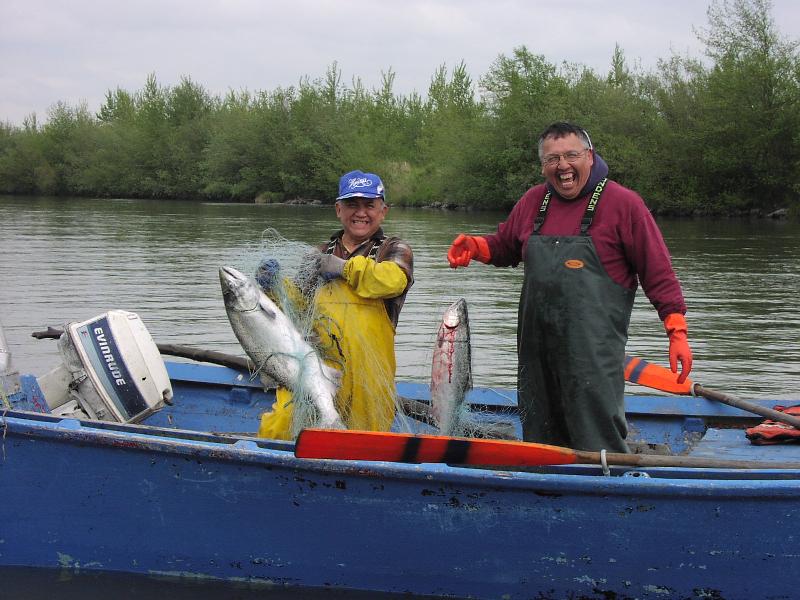 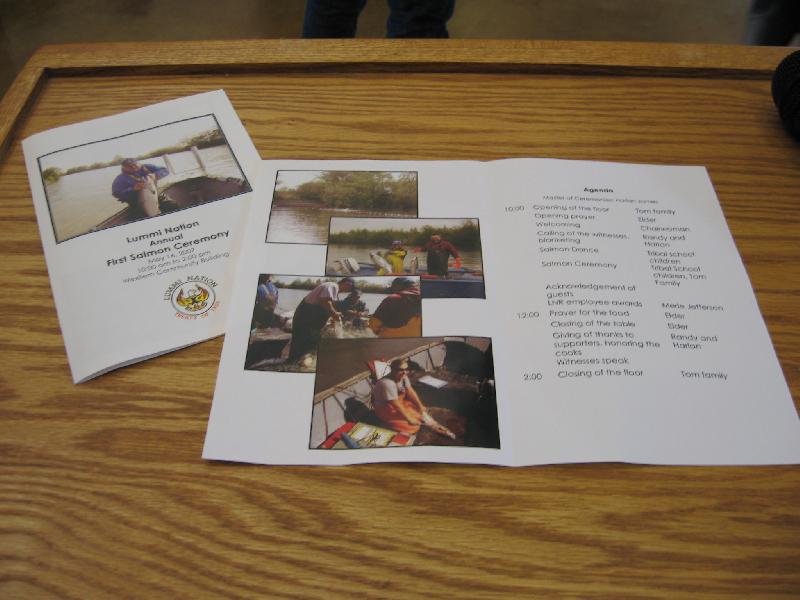 Honoring the gift of the First Salmon, and passing along the wisdom of the elders to our children, during the Ceremony 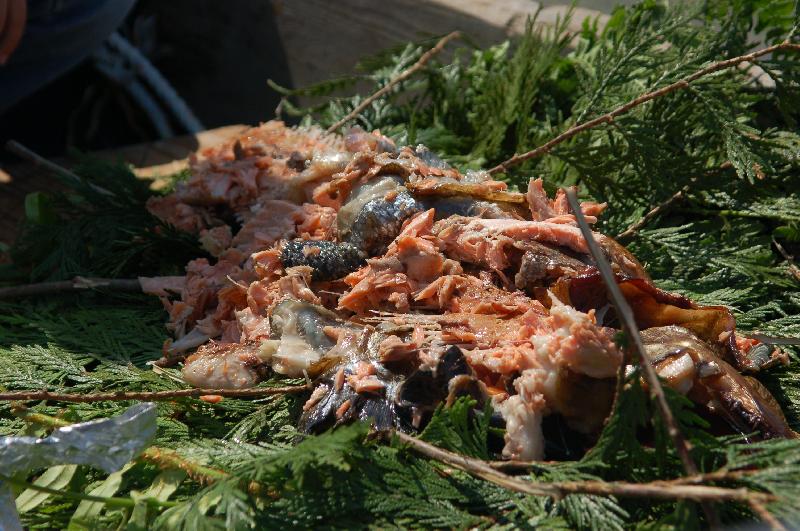 The remains of the First Salmon are gathered up. 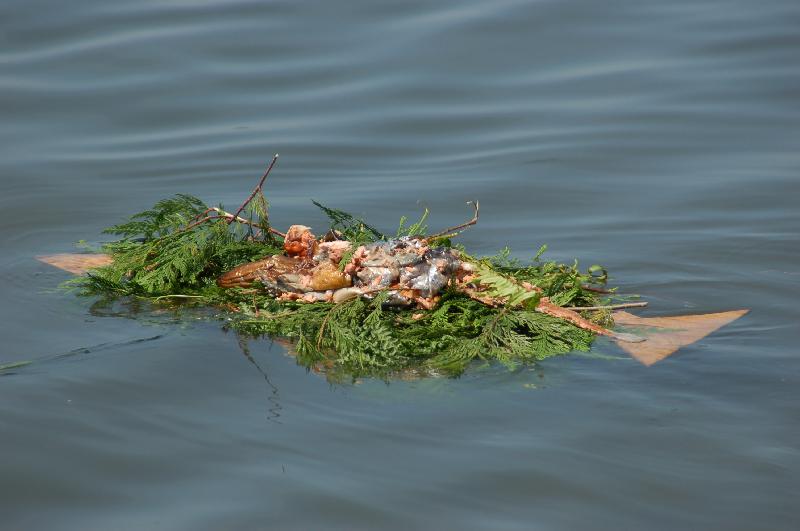 The First Salmon is brought in and songs are sung and prayers are made, thanking the salmon for its sacrifice, and thanking Salmon Woman for her gift. Through this, elders are reminded of the story of Salmon Woman, and young people are taught the stories of their ancestors.

The First Salmon is then divided up and shared with all those attending, in keeping with the Lummi tradition of sharing the First Salmon caught with others.

Once the First Salmon has been eaten, all of the bones and uneaten parts are gathered up. Then the First Salmon is returned to the sea to nourish the waters and allow its spirit to return to Salmon Woman and tell her its story and how the Lummi people have remembered to be grateful for her gift.

There are 3 documents currently available in the First Salmon Ceremony portion of the website.

This website is still under development and some features may not work as intended. Please excuse any bugs.